Yom Kippur – A time for reflection

Yom Kippur is a time for us to all reflect on the year that was and count our blessings.

Many of you will know that The Joint has brought most of our Jewish ancestors to Australia during and after the holocaust between 1946 and 1954.

Here is an excerpt from an article written by a granddaughter who is reflecting on her grandparents’ journey to Australia with the help of the Joint,

Global Jewish Reflections | Honoring My Grandparents’ Jewish Journey to Australia
I come from the vibrant Jewish community of Melbourne, Australia; with about 113,000 Jews, it’s the ninth-largest community in the world, about 0.5 percent of the city’s population. Australia also has the largest per-capita Holocaust survivor population outside of Israel, and it’s concentrated in Melbourne. Between 1946 and 1954, around 20,000 Jewish refugees arrived in Australia from Europe and Shanghai. JDC played a critical role in this immigration program.

Growing up in Melbourne, if you visited the local Holocaust museum your guide was often a survivor. School assemblies in memory of the Holocaust always included someone’s grandparent sharing their story. However, those days are now coming to an end, and it’s now our collective responsibility as the next generation to continue sharing their stories. This is mine.

My Zaidy, Godel Wroby, was born in 1925 and grew up in the small village of Mlyny in Poland, close to the city of Lodz. I’m writing this blog on what would have been his 95th birthday.

A sole survivor of the Holocaust, he lost his mother, father, brother, and sister during the war. He somehow survived multiple camps and ghettos before he was liberated by Russian troops in 1945 from the Theresienstadt ghetto. 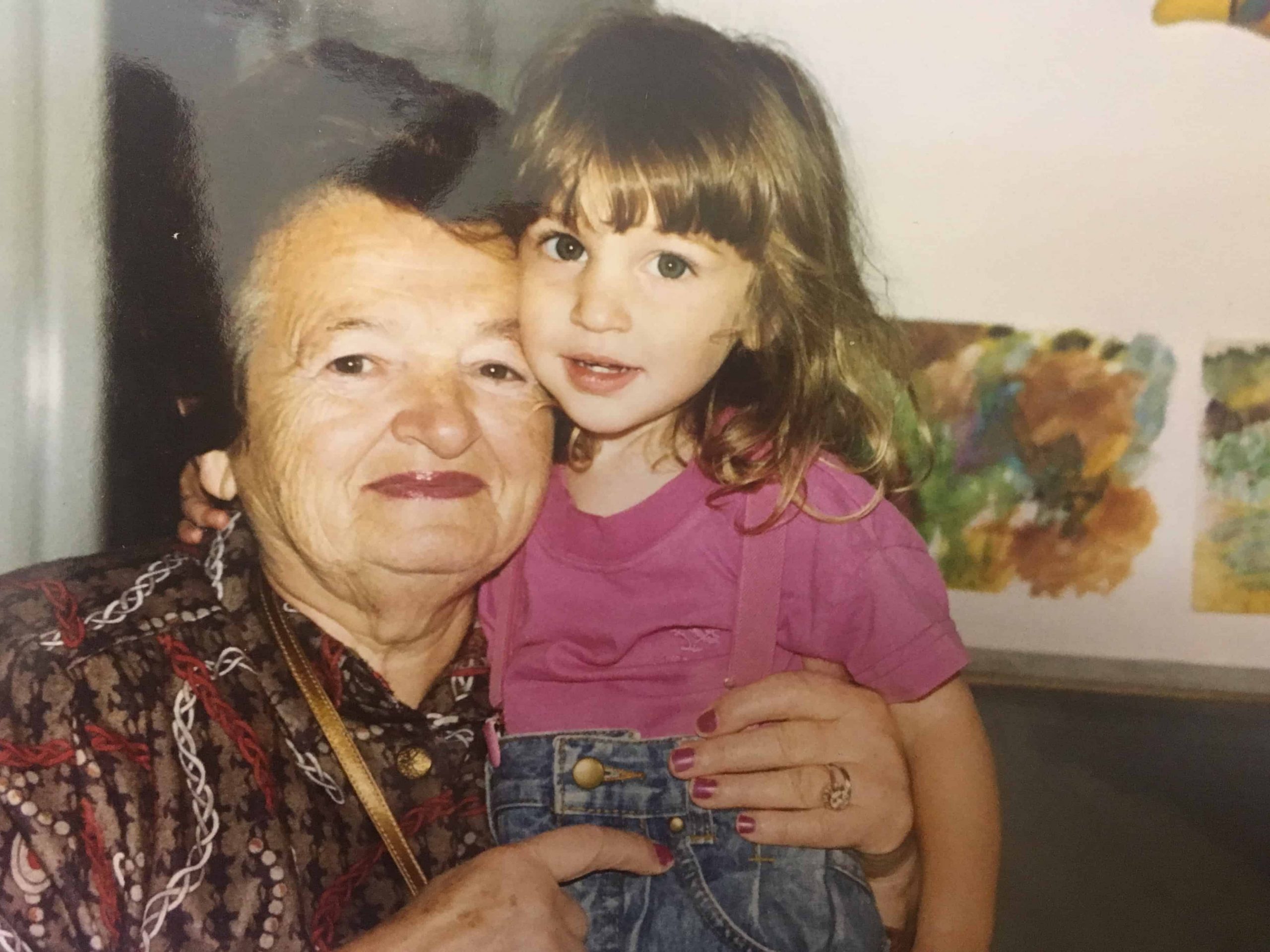 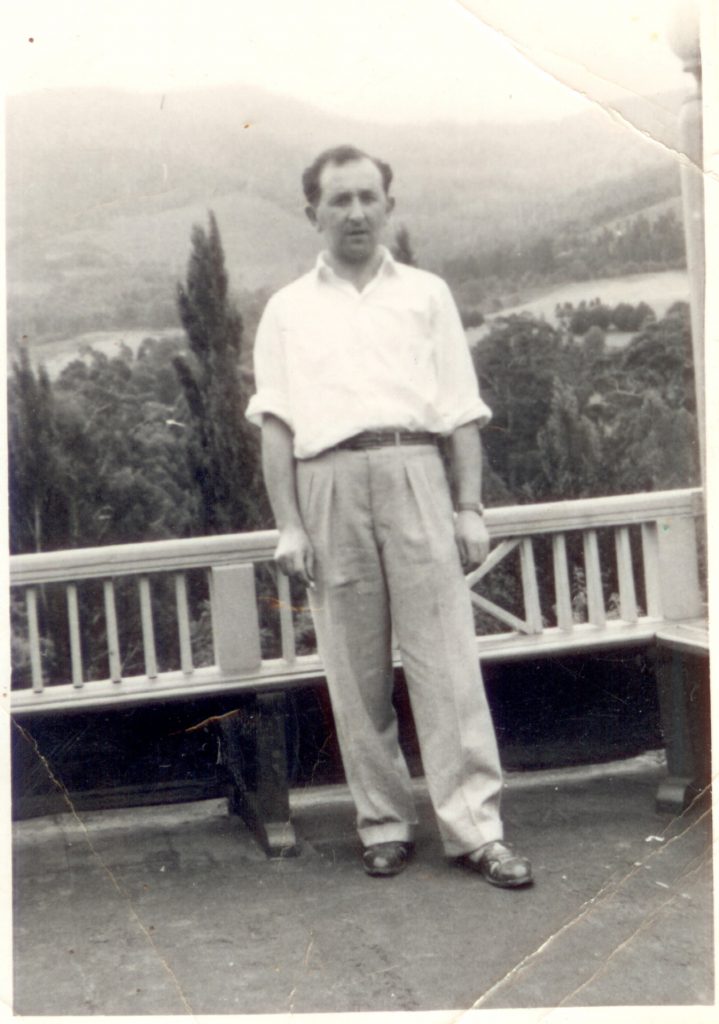 Following the war he lived in one of the largest displaced persons camps for Jewish refugees, Foehrenwald in Germany. In his book “My Battle for Survival,” he writes that JDC, or the Joint, provided residents with a tallis, tefillin, and siddur:

“It is thanks to the Joint that so many people discovered that they were not abandoned, that there were people who wanted to help them. The Joint was a mother and a father to us. They really cared for us. I don’t think I would be alive today if not for them.”

My grandfather kept that tallis and brought it with him to Australia, where it is still in our family’s possession.

At Foehrenwald, my grandfather was diagnosed with tuberculosis and through JDC was eventually transferred to the health resort Bella Lui in Switzerland, where he lived for almost three years.

With the help of JDC, he arrived in Australia in 1950, writing that:

“I will never forget the assistance I received after the war. During the three years I spent in Switzerland, I promised myself that after having been forced to live on charity I would one day be in a position to contribute to whichever community I found myself living in.”

My grandfather kept his promise and went on to make many contributions to his local community and beyond. He married my grandmother Rosa in 1954, building a family and a successful business before his passing in 2017.
See full article here

Like Taryn, if you or your family were assisted by The Joint, please read the below which might assist you in learning how your family came to be in Australia so that you can share it with your family.

The JDC Archival Indexing Project
The Joint is excited to announce the completion of a major indexing project that for the first time makes available the names of those who received emigration assistance from the Joint in Czechoslovakia in the immediate aftermath of the Holocaust. Comprising the first 191 boxes of the records of the the Joint (JDC) Prague Office, 1945-1950, the Emigration Service case files represent a significant portion of the collection. The index to these files will now become a significant resource for genealogists and family researchers.

As case files may contain private personal information, they are not open to the public. However, family members may request digital copies of the documents via our online Request Information form. Explore the AJDC Prague Office Emigration Case Files Index.

If you or your family were assisted by The Joint, we hope these new records may help you piece together some of your family history. 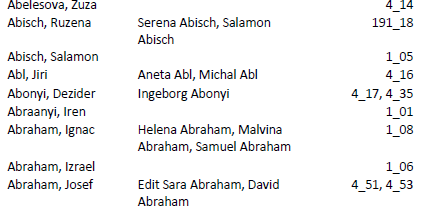 Sample of the opening entries of the Czech Case File Index

In addition to date and location of birth, current address, and information on relatives abroad, the case files often include biographical information about the clients that document their wartime experiences.

During the war [he] was deported in 1942 to Hungary in a labor camp, from there to Russia, escaped in 1943 and joined the Czech army in 1944. Wife was in Terezin, Auschwitz, various concentration camps in Germany, liberated from Terezin. He lost first wife and child during the war.

Or, in another example,

Continuing with our moment of reflection, Rabbi Yossi Friedman of Maroubra Synagogue and The Joint invite you to Pause, Reflect and Connect this Yom Kippur.

The Yizkor service on Yom Kippur is a dedicated time for us to honour and remember loved ones who have departed this world. As many will be unable to attend a Yizkor service, rabbis are calling for a collective, cross-communal moment of silence at 12pm on Yom Kippur Day, Monday 28 September. Whether you are at shul or home alone, we will pause together in spiritual unity and personal prayer. 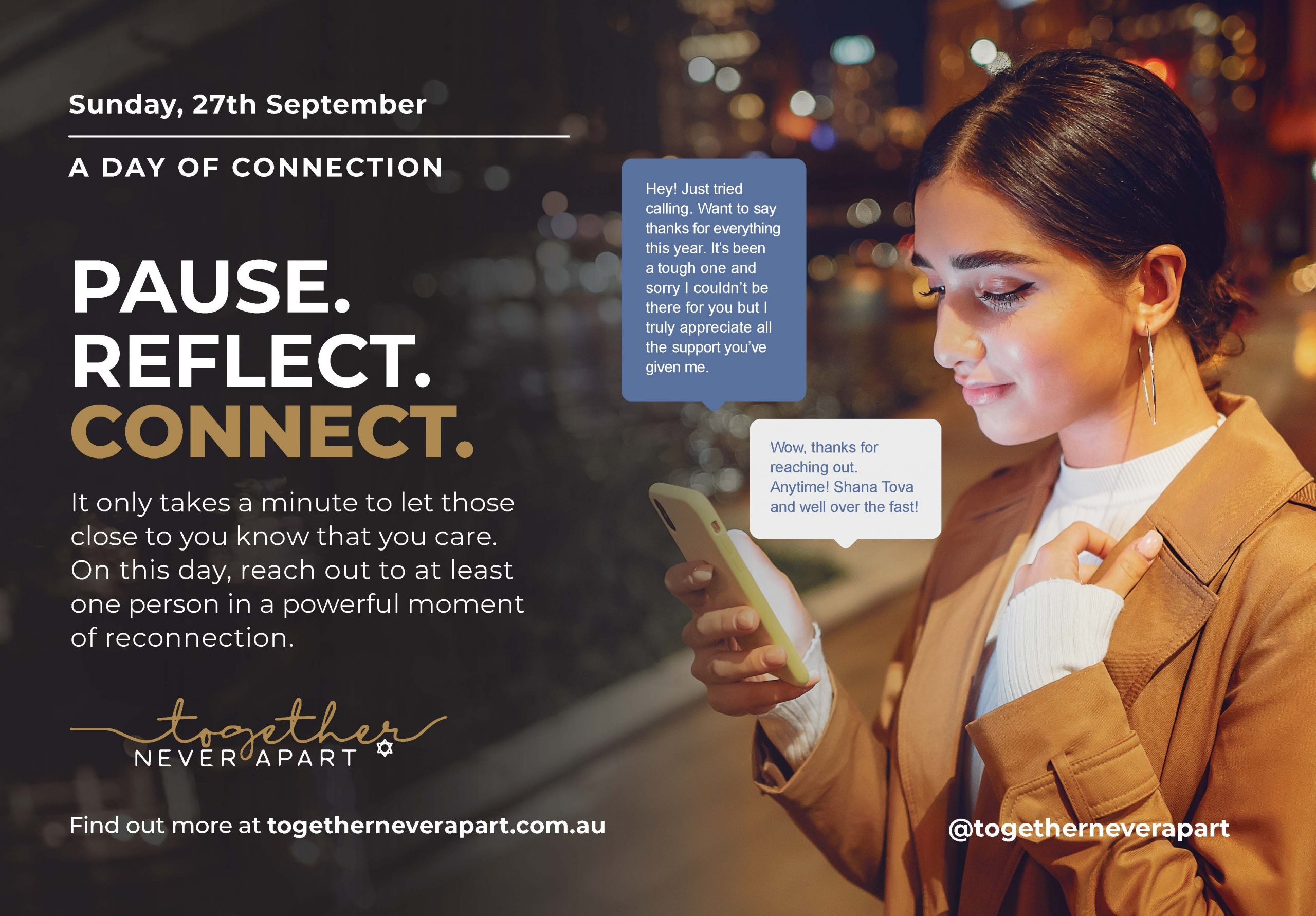 The Joint and Never Apart aim to support Jews everywhere practically and spiritually; and we both wish you g’mar chatima tova.

Please show your support in helping The Joint continue to provide its lifesaving services in these unprecedented times.

Get Involved with The Joint!
There are many ways to take action: Follow our Facebook page, sign up for our global update, make a gift, volunteer or travel with us, or alert your network about The Joint’s lifesaving work around the world.

Chanuka message from The Joint Australia

Youth we saved from assimilation, are saving their world