All You Need to Know About Chanukah 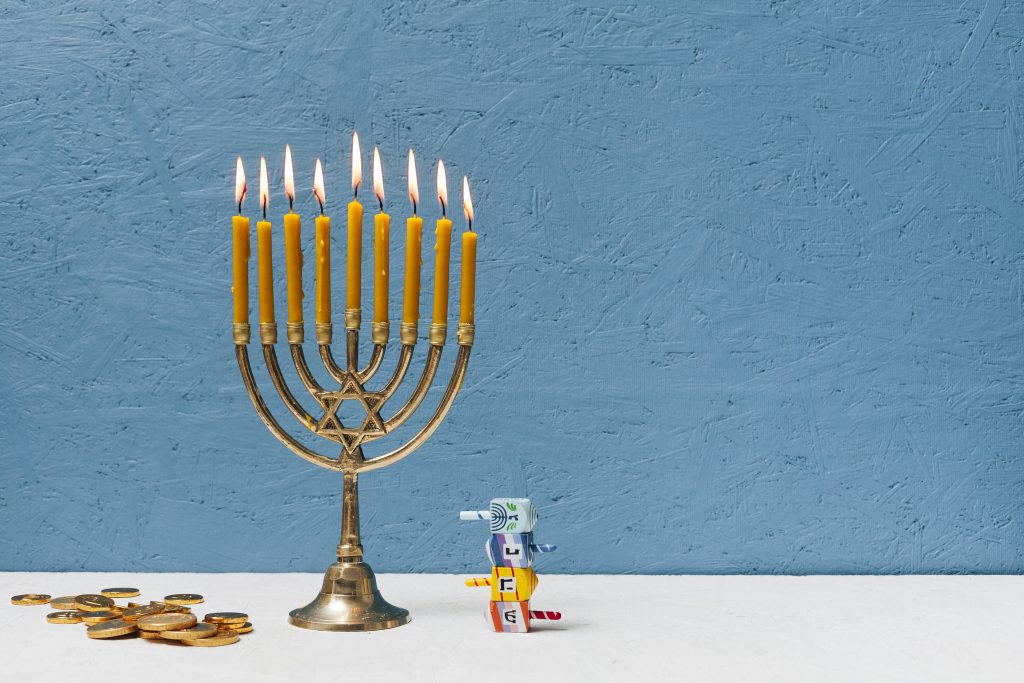 Also known as the festival of lights, the festival begins on the 25th day of the Jewish month of Kislev, which generally falls somewhere in December on the regular calendar.

The reason that it changes each year is because the Jewish calendar is based on the lunar cycle, which signifies that dates of holidays change from year to year.

So why is Chanukah celebrated, why does it go for 8 days, and what’s the significance of the candles?

Here’s all you need to know.

The story begins in ancient times, some time after the death of Alexander the Great, who conquered Syria, Egypt and Judea (among many others). He was a relatively benevolent ruler, and allowed people religious autonomy.

However, after his death, the Holy Land was ruled by Seleucids (Syrian-Greeks) who attempted to force the Jewish community to abandon mitzvah observance and belief in God.

As you can imagine, this oppression greatly saddened the Jewish populus. Led by a man named Judah the Maccabee, a small, modestly armed militia of Jews went to take the Holy Temple back by force from the Greeks.

By nothing short of a miracle, the Jews managed to defeat the vastly superior Greek army and drive them out of the lands, reclaim the Holy Temple in Jerusalem and once again dedicate it to God, and servitude to him.

Here’s where the significance of Chanukah’s iconography starts to emerge.

When the victorious Jews entered the temple to light its Menorah (seven light Candelabra), they realised to their dismay that only a tiny portion of olive oil had been left uncontaminated by the Greeks.

Once again, against the odds, they managed to light the Menorah with the little remaining olive oil and the minute supply of oil lasted for a stunning 8 days, while new oil was being purified for use.

And thus, to commemorate this extraordinary series of events for the Jews, the sages at the time decided to commence Chanukah, which is celebrated to this day.

How Is Chanukah Celebrated? 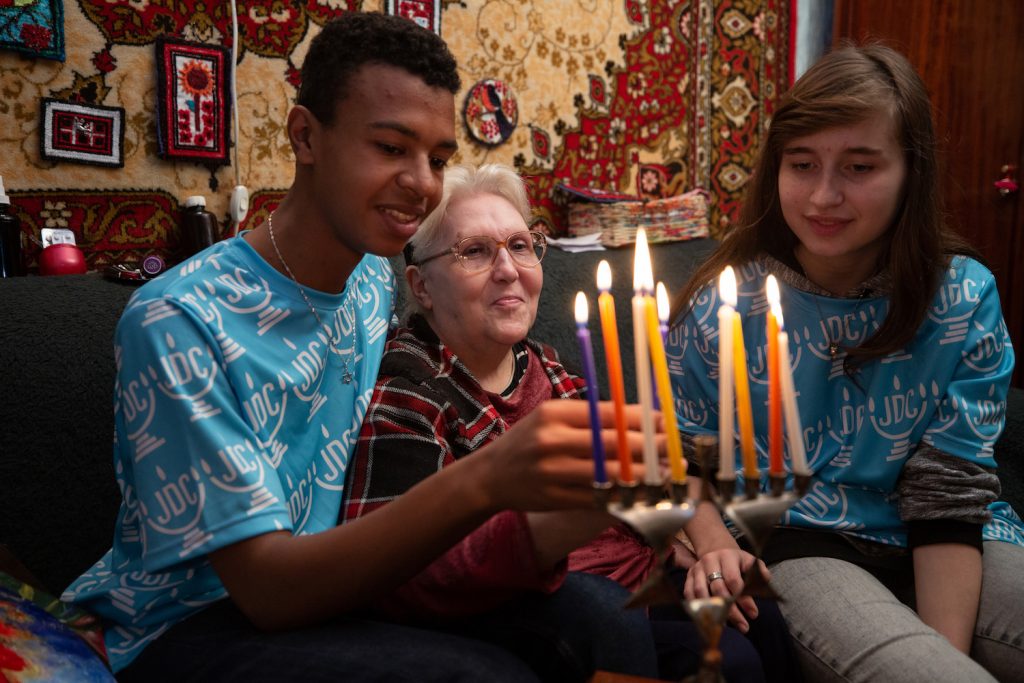 At the core of every Chanukah celebration is the iconic lighting of the menorah.

The menorah is known to hold nine flames, eight which are located on the candlelabrah and the one used to light them all.

On the first night, the first candle is lit, followed by a second the following evening. This proceeds until on the remaining eighth night, all candles on the menorah are kindled and providing light.

In respect to Shabbat, the menorah is lit before the Shabbat candles and extinguished after.

Menorah’s are lit everywhere in the Jewish community, ranging from houses, synagoges and public spaces. The lighting is frequently accompanied by special blessings, traditional melodies and music.

Along with this, celebratory meals and exchanging of money and gifts are usually essential components of a Chanukah. 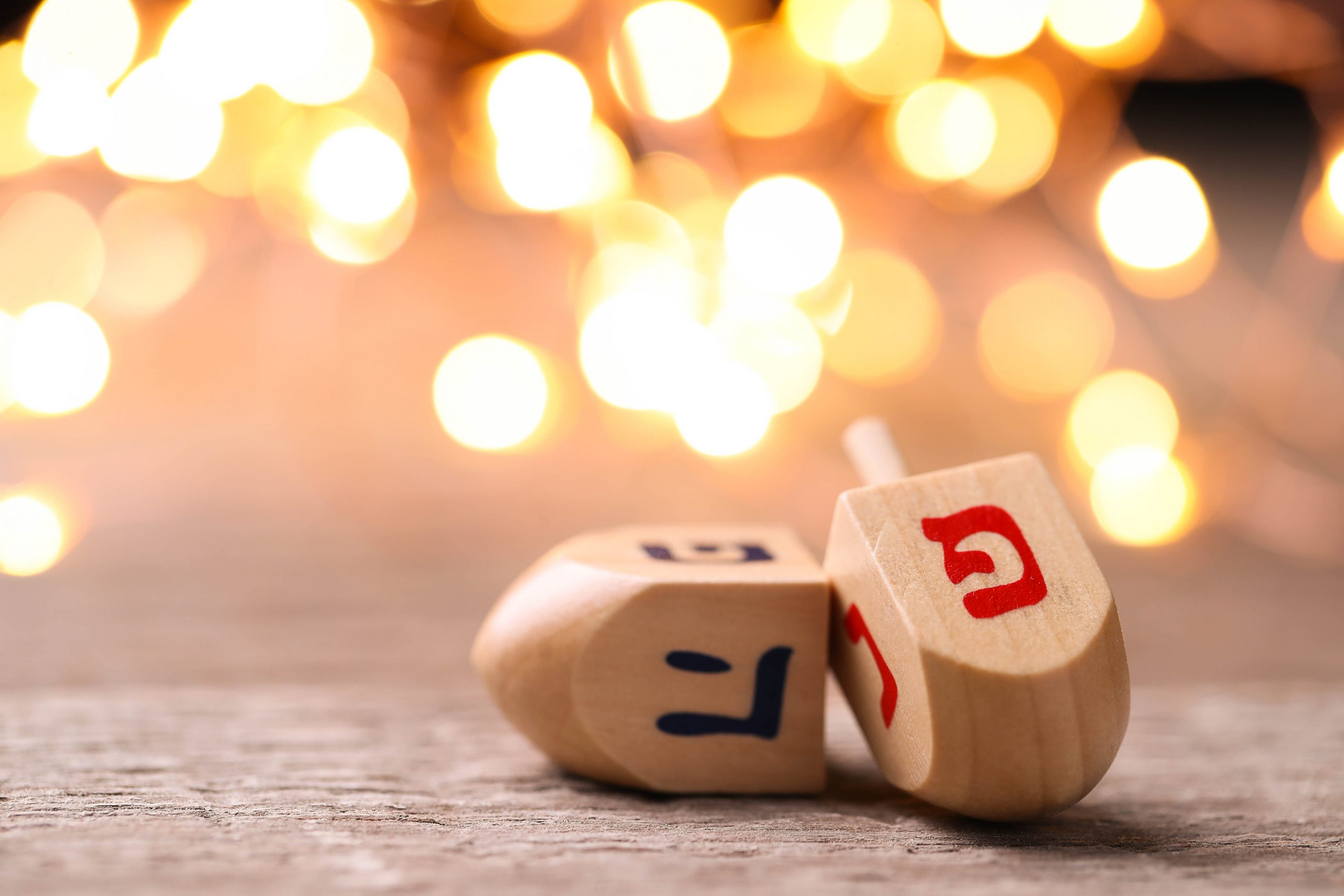 During Chanukah festivities, it’s customary to play games with a Dreidel, which is a four sided spinning top with each side possessing a letter of the hebrew alphabet (Nun, Gimel, Hey or Chai, and Shin)

The game dates back thousands of years, and is quite fun to play. Here are the rules if you’re interested in learning how to play. 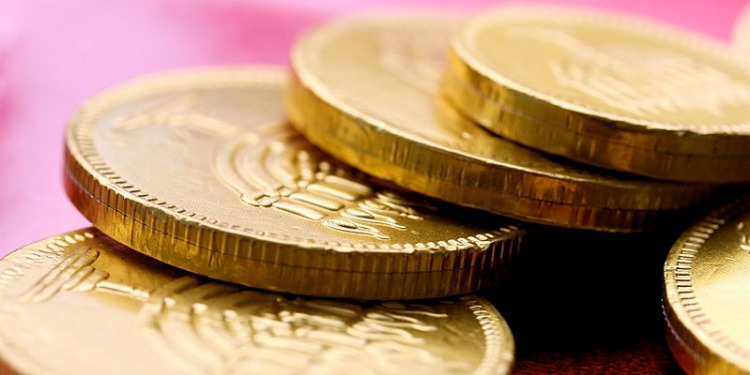 Gelt is typically the name given to the money gifted during the festival of Chanukah (although there is chocolate gelt), most commonly to younger individuals.

This shiny gift has also been known to be given to teachers and is also frequently given in conjunction with the dreidel game. In more recent times (last few centuries), Chanukah has come to be associated with the Hebrew word for education chinukh.

Since the significance of the Chanukah holiday is centred around the miracle of the oil burning for 8 days, it’s quite customary to eat foods covered and fried in oil. 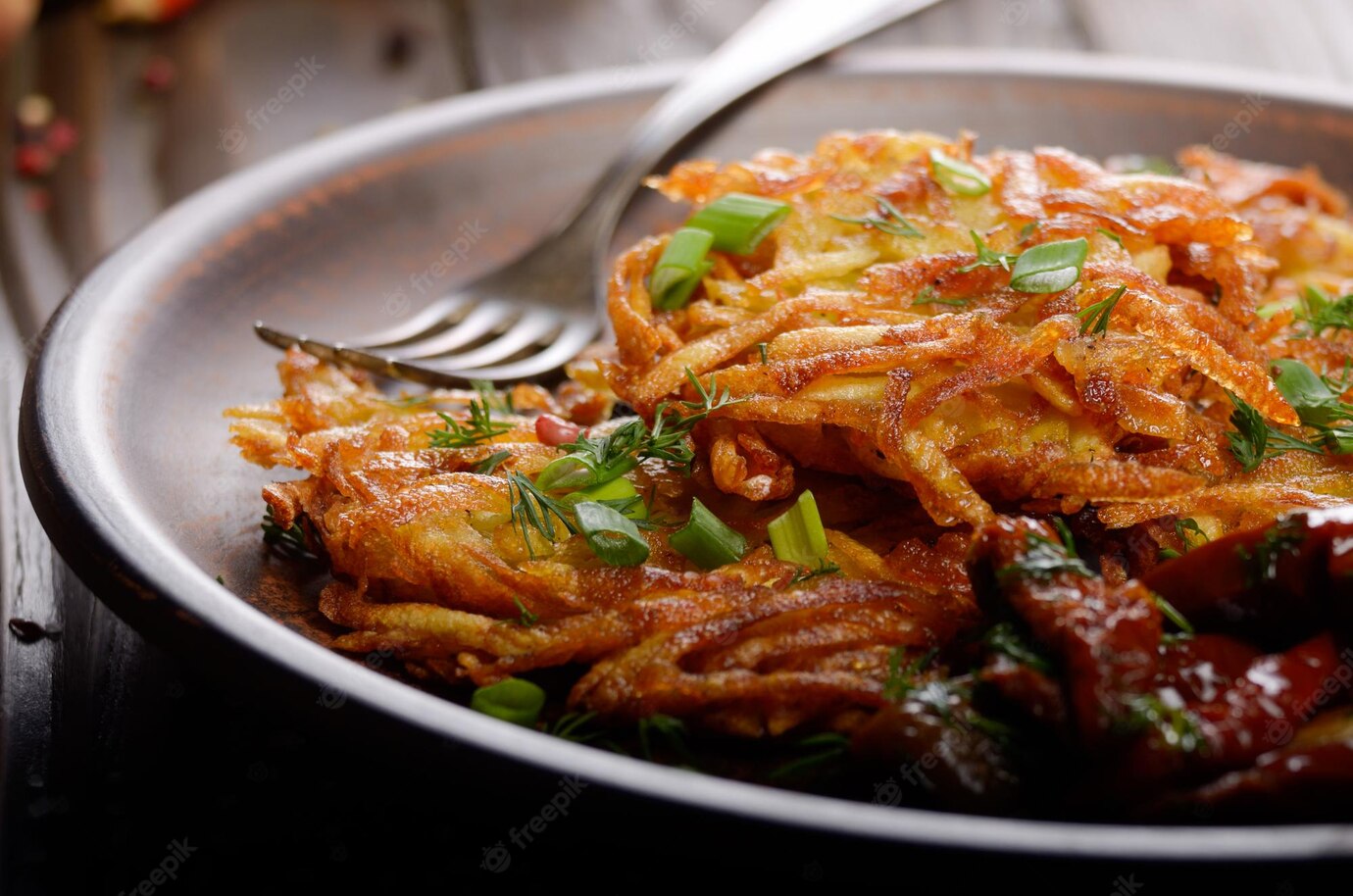 Latkes are a renowned favourite when Chanukah rolls around each year. They’re essentially fried potato pancakes which serve as a reminder of the oil miracle in the Chanukah tale.

As it goes which fried potato products, there exist numerous variations to this recipe that are enjoyed all over the world.

A few of these examples include Latkes made with sweet potatoes, cheese and red pepper, butternut pumpkin, and zucchini. These delicious treats usually are served with sour cream and applesauce. 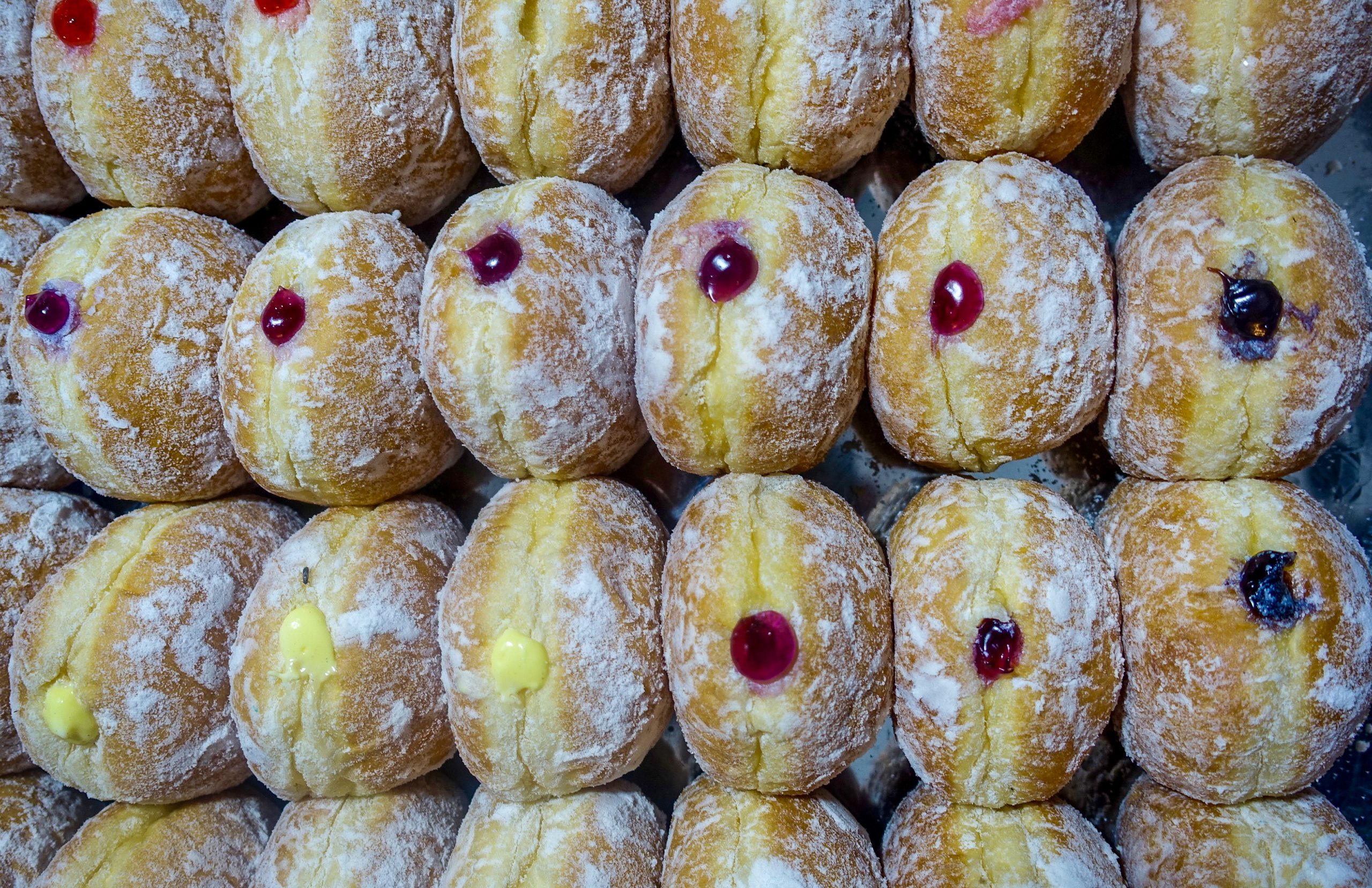 If you’re looking for something sweet, but still fried in oil and reminiscent of the miracle of Chanukah, then look no further than the beloved favourite known as Sufganiyot.

Sufganiyot is a fried doughnut, packed full of jelly and sometimes other goodies, making it the perfect dessert after a large holiday meal.

In Jewish communities in the US and Israel, they are referred to as sufganiot, the Hebrew word for doughnuts. 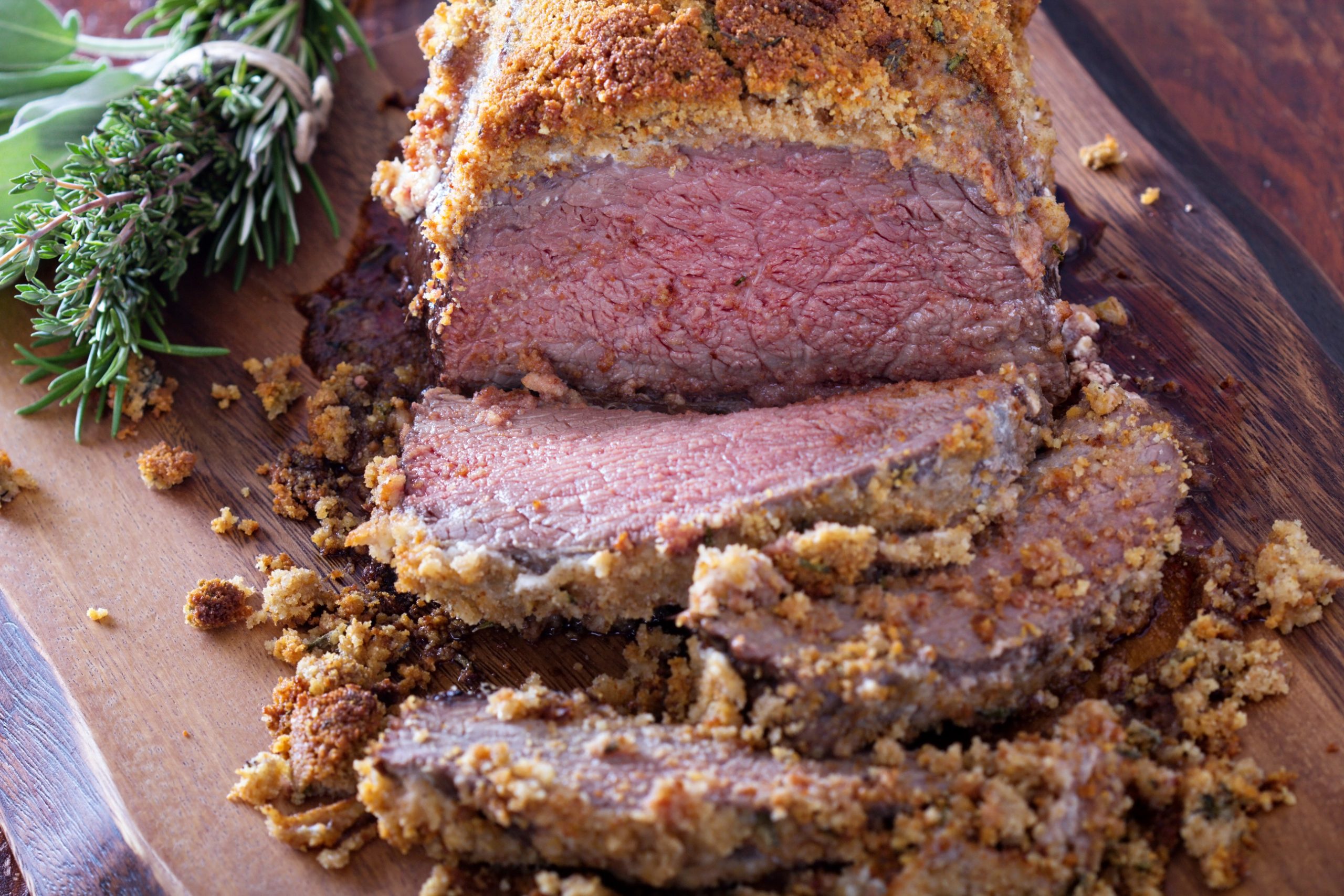 This mouthwatering dish is commonly seen as an entree for many Jewish holidays as well as Chanukah, including Rosh Hasanah and Passover.

Unlike its American counterpart, Jewish brisket is always braised and served hot, often in accompaniment with ingredients such as potato kugel, tomato based sauce with carrots and onions, and a bunch of other vegetables.

It’s a very hearty dish and a perfect way to kick off a dinner celebration.

Rosh Hashanah, What You Need to Know