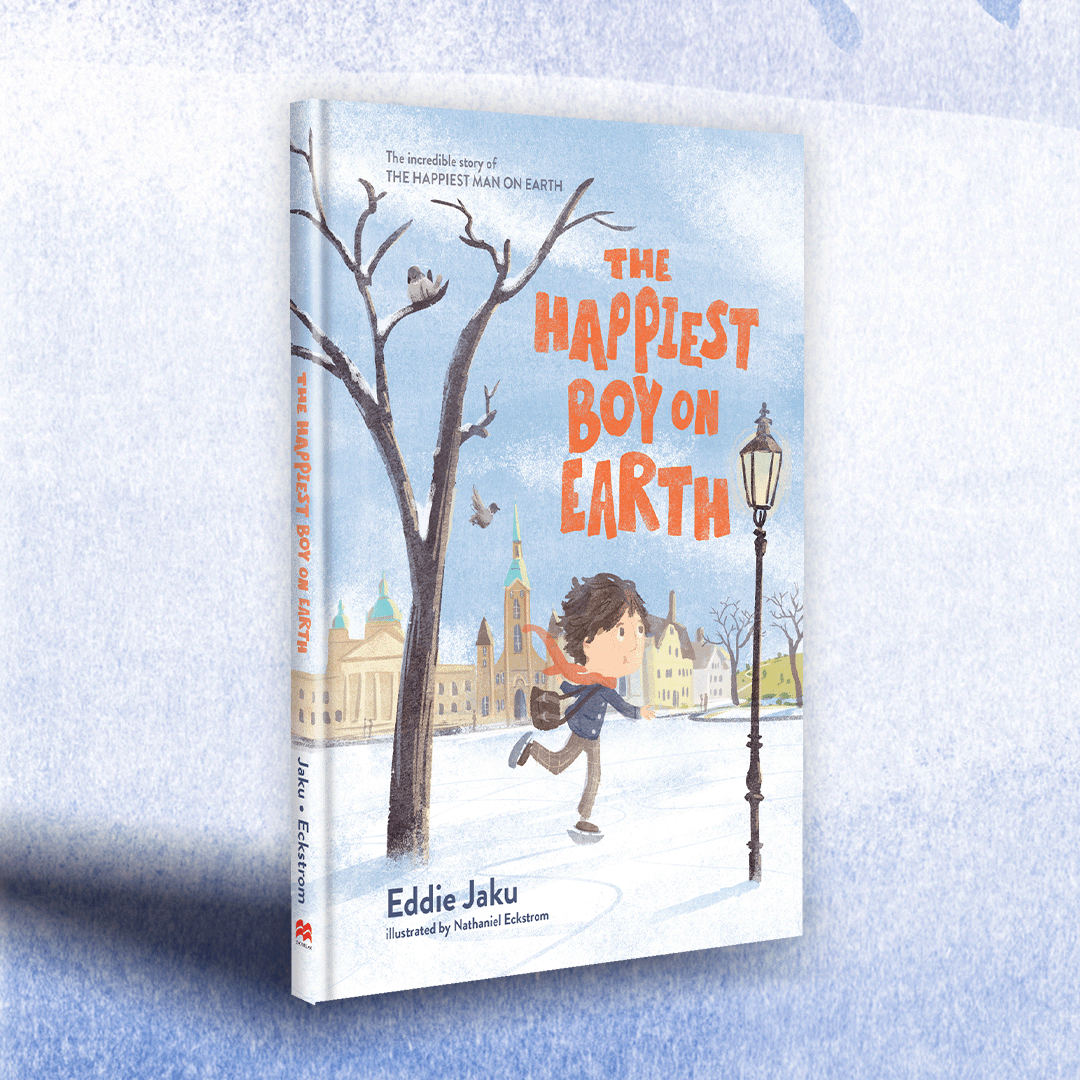 ‘The Happiest Boy on Earth’ is the new picture book, adapted from Eddie Jaku’s extraordinary, bestselling book, ‘The Happiest Man on Earth’. Perfect for older readers aged 8 and above.

The JDC is thrilled to be offering 5 free copies as part of a giveaway competition.

Eddie’s story unfolds beautifully, sensitively and heartbreakingly through his words, and exquisite illustrations by Nathaniel Eckstrom.

For your chance to win, enter here and tell us in 25 words or less why you would like a copy of this beautiful book!

Eddie Jaku was a Holocaust survivor “and a witness of the most tragic times in the history of mankind”. Born Abraham Jakubowicz in Germany in 1920, Eddie was sent to a concentration camp at the age of 18 after returning from boarding school. In October 1943, Eddie’s family were arrested and sent to Auschwitz where his parents were both murdered.

In 1945, Eddie was sent on a ‘death march’ but escaped and hid in a forest until he was finally rescued by allied troops.

In 1950 he moved with his family to Australia where he has lived ever since. Like so many other Jewish immigrants looking to escape Europe, Eddie was aided by the JDC who successfully resettled thousands of survivors.

Despite the horror he suffered, Eddie remained eternally optimistic at heart. Eddie’s story is one of love, survival and triumph. Self proclaimed as the ‘Happiest Man on Earth’ he embraced very day with an infectious enthusiasm and devoted himself to educating generations of young people on the value of empathy and compassion. Throughout his life, Eddie stressed the inportance of taking nothing for granted.

The Happiest Boy on Earth is framed as a conversation between 101-year-old Eddie and his great grandchildren – who are bursting with questions about the life of their Pépé.